Don’t you just love reading interesting facts about LDS temples? In this post you’re going to learn every temple fact I could find about each of the 17 LDS temples in Utah.

Pretty soon, we’ll have new temples in Orem, Taylorsville, Layton, Saratoga Springs, Tooele, and Washington County. Once these have been completed, I’ll update this post with any interesting facts.

Because this article is extremely long, I’ve provided you with a table of contents. Clicking on a temple will take you directly to that part of the page that talks about it.

Related Content: 19 Returned Missionaries Give You Their Best Mission Advice

Are there any facts that I’ve missed about any of the LDS temples in Utah? Let me know below in the comments. I’d like to hear from you.

to get blog updates.

Previous Post: « How To Style Jean Jackets: 12 Outfit Ideas To Copy
Next Post: Modest Clothing For Women: Everything You Need To Know » 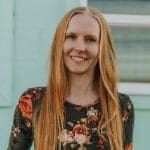 I'm Liz, a modest fashion blogger and twin momma. It's my mission to help you find modest clothing for every occasion! Read More